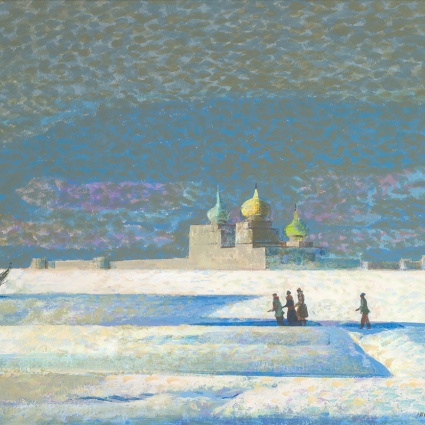 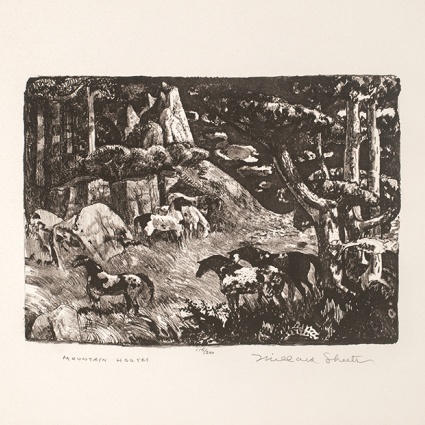 Millard Sheets was an American painter best known for his watercolor landscape paintings. Characterized by a stylized depiction of his natural environs, his work often features Surrealist imagery and iconography akin to his spiritual predecessor, the artist Charles Ephraim Burchfield.

Born on June 24, 1907 in Pomona, CA, Sheets studied at the Chouinard Art Institute and quickly rose to prominence among fine arts circles, garnering membership into the California Water Color Society as a teenager in 1927 while also exhibiting nationally throughout the 1930s. A lifelong educator, he is notably credited for the restructuring of the academic program of present-day Otis College of Art and Design during his tenure as director from 1953 to 1960.

Sheets continued to produce work until his death in Gualala, CA on March 31, 1989, with his paintings now included among the collections of prominent institutions as the Smithsonian American Art Museum in Washington, D.C., and the Huntington Library, Art Collections, and Botanical Gardens in San Marino.